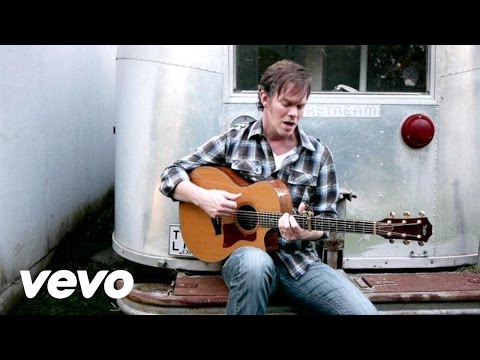 “Something breaks on our heart in moments like that… no matter how much farther we go on with our walk with God.”

That’s a line in a series I’m listening to right now called the Four Streams, put together by Ransomed Heart Ministries and recently made available through the Daily Audio Bible podcast. That line rings true with me in manners I am sure I won’t be able to put into print, and am just now starting to come to grips with in my heart and mind. I’m writing this blog entry mostly as a pile of rocks to come back to, and I must say from the get go that the only person I am judging and hope winds up convicted by these words is myself. No one else.

I spent Friday and Saturday of this week on the road back and forth to Falls City, Nebraska, to lay my last grandparent to rest. My grandma on my dad’s side recently passed from some sort of acute leukemia, and my brother and made the 600 mile trip each way in 8 hours (yeah, do the math… we hit the turbo boost button), giving us time to go to the visitation, dinner with my dad and his new wife, the funeral, and a dinner for the family that followed. In between I got in 7 miles of running, 8 hours of sleep, a bunch of podcasts, and rest of the Four Streams series.

On the way home, I was listening to the last session in the sries, which John Eldredge calls the “stream of healing.” True restoration… not the kind that comes from band-aid Christianity, covered up wounds that never heal, or even “professional” counseling… rather, true restoration like Jesus offered, and what was foretold in Isaiah 61:

To bring good news to the afflicted;

To bind up the brokenhearted;

To proclaim liberty to captives;

And freedom to prisoners.

THAT kind of healing. The kind many of us know we need deep down inside but have no idea how to pursue it, or that we try and try and try and never get it, so we eventually give up; we harden our broken hearts, and just won’t let anyone, or Anyone, in.

That is me. I wrote about it a few days ago when I was considering the lack of sadness, grief, or really any emotion in light of the death of my grandma. As I drove home last night, I quiety asked Jesus for it (again), even though I didn’t have a clue what it was, where it came from, how he’d go about lancing the wound, or what the end result would be like. No sudden shifts, no dramatic revelations; in fact, I “pulled a Chet” and threw around some careless words with my wife on the phone and wound up with one of those rather awkward homecomings that you don’t necessarily write about in public places… but that’s neither here nor there at the moment.

After that “talk,” something started to shift in me to venture into this hurt within me… the hurt from not feeling any hurt, and I started to go there, not even realizing this was Jesus at work already. I’ve written before about one of my “wounds” being that of being afraid of being a disappointment. Of letting someone down. Of feeling like I consistently / constantly do. I don’t find my worth in my Creator as I should; I instead let myself and others all too often define my view of myself, and that just never works out well.

To cut to the chase, two events blasted into the forefront of my heart this weekend, and I’m choosing here and now to write them down. As I said, this is not about anyone but myself, and my own story is the only one I know… in fact, some of this stuff makes me feel even sadder for those others whose stories are intertwined with my own.

As I listened to my dad give the eulogy of this mother this weekend, he shared this statement: “Love is not an emotion. It is a conscious act of the will.” He went on to share about how true the love of my grandmother was. As he made that statement, my heart immediatly jumped back 7 years to the parking lot of a local grocery store where that same man told me, “I just don’t love your mom anymore.” Within days, he was gone. Abandoning his wife. Letting his marriage fail. Leaving his family for another love. While I could talk about hipocracy here, that’s really not the point. What’s the point is that what happened is exactly as my dad said – he made a consicous act of the will – a decision – to love another woman with full knowledge that that decision would have effects with his sons (let alone God and his wife); at best put at risk his relationship with his sons, and at worst (?) drive an irreparable wedge between them. That was his decision. And his choice, that moment, broke something in my heart. I was… unwanted.

Another story from this weekend came up over dinner with my dad and his wife following the viewing. My brother and I had been asked to be pall bearers at the funeral for my grandma and for some reason the topic came up and someone mentioned that a certain member of the family hadn’t originally been invited to carry my grandmother’s casket, but because a fuss arose because he was a “blood relative,” the decision was made to include him as well. Once again, my brain immediately shifted back, this time to the spring of 2011, when my grandfather passed away and my brother and I made our first trip to Nebraska to bury a grandparent. Neither he nor I were asked to be a pall bearer; instead, all the other male grandchildren, along with a few of my dad’s new step-sons, carried the casket of my grandpa, a man of honor, a war veteran, and my own flesh and blood. I remember how ticked off I was, how my dad never even mentioned being sorrow for it, how he never “fought for us,” and how the only satisfaction I got was a little “I’m sorry” from his new wife. I have no idea what the back-story was, and I don’t care, but what I do know, is that I felt he either didn’t want us there or didn’t have the guts to get us there. I was… once again… unwanted.

This is a new depth of heart surgery for me. No longer is it just a fear of being a disappointment, or letting someone down… we’re not getting to the root of so many more things. I do so many things to make myself “valuable” to others. I want to be wanted, I feel a need for it, and I’m lost without it… I almost puked last night as all of this hit home last night. The sorrow finally came. The sadness finally rushed in.

I’m not entirely sure what to do with this. Now that it’s out in the open, with my heart, with Jesus, and even with my wife, I think it’s much more of a work that I know that Jesus must get in and work on. It’s not just a self-image or self-confidence thing that I can work on with my coach or pastor, but it’s a desire to be wanted that I’ve allowed to be placed in people rather than my creator, and my savior.

I found myself literally asking last night, “How can Jesus help me?” How can he know what this feels like? How in the world do I get healing here, and in any of the other things that may make up this broken, locked up, and dark part of my heart. As I considered that, it hit home with me:

And the one who didn’t want him was me. Was us. Was all of humankind.

God looked down on his perfect world, on his perfect people, and saw them take a bite of self instead of trusting His plan for them. He watched as we nailed His Son to a tree, and as Jesus, He FELT those nails, that crown of thorns, that hurt, that sting, that is … unwanted.

I’m not sure where this will all go. It’s not exciting. It’s not a thrill ride I want to hop on again and again. But is is one I want to walk through and come out the other side, WHOLE. As a friend sings, “Give me my heart.” I want it back. It’s been stolen from me – not by my father, my wife, or even my own selfishness – but by an Evil one who is nothing but a thief, a murderer, and a destroyer. I will not give up. I will not do this same harm to others that has been done to me. I will break this chain – be it by the blood of the Cromer family or the blood of humankind, and allow God to heal me, restore me, and use me in whatever manner He chooses.

Thanks for reading this. You didn’t have to, and I don’t expect you to. Don’t hate my dad; I don’t. In fact, I love him in a strange, wierd way. Without these clear moments of hurt, I wouldn’t have these moments of clarity to see where I personally had given up my heart in exchange for a lie. Without these memories, I wouldn’t be who I am today, or who God can make me into tomorrow.

The same goes for you. Jesus didn’t come to heal just “those who feel lonely.” He came to heal the broken hearted. He came to restore MANKIND. That’s me, and that’s you. More than likely, you’re like me, and there is much to be restored in your life. You may know it, you may deny it, or you may be oblivious to it. But my challenge to anyone, myself first, is to simply ask Jesus in; to give him permission to enter those dark, locked rooms of your heart, and to then be aware that He will respect that prayer. He will come in. He will do heart surgery. It may knock you on your back. It may take your breath away. It may hurt, string, or even kill parts of your life you don’t want to lose. But in the end, and I believe this will all my heart, He knows what is doing.